Ambient noise in Alpine is measurably lower when compared to nearby communities further west that currently are classified as noise-sensitive areas and enforce noise abatement. The elevation of Alpine is approximately 2,000′ – 3,000′, which is higher and puts us closer to clouds that bend noise; we also have higher wind speeds which direct sounds.

Noise is essentially a sound wave distributed in equal directions away from the source. Generally, noise levels decrease as the distance increases. The path in which the sound waves travel can be altered by weather conditions, which may result in varying noise levels at the same location at different times.

Cloud cover tends to bend sound waves downward toward the ground, increasing the sound heard by a receiver. Inversions, which occur when the air temperature increases as altitude increases, have the same effect on noise as cloud cover. These weather conditions slow the atmospheric absorption of the noise waves and may cause aircraft noise to sound louder.

The wind is another factor that generally causes sound waves to bend in the direction it flows. As a result, residents on either side of the flight path may hear changes in noise levels. These differing conditions do not cover all the possibilities but indicate how the weather may alter the transmission of sound waves. Source: Tampa International Airport 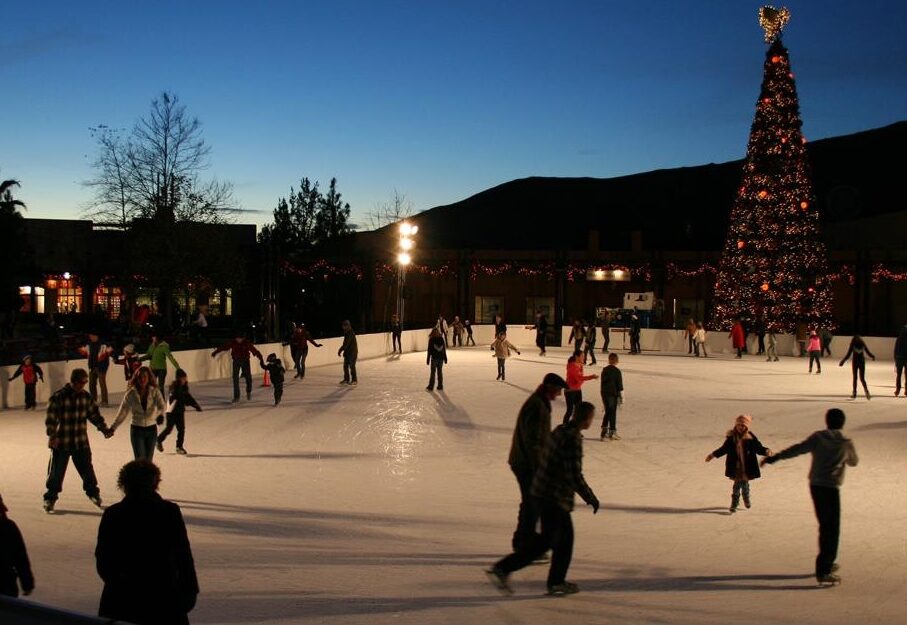 John and Martha King of King Schools discuss how pilots that fly in and out of Montgomery Field in San Diego can help to make friends of the airport’s neighbors though understanding and reducing the impact of their aircraft noise and how Apparent Noise is Greater in Quiet Neighborhoods. Source: King Schools. Making Friends for Montgomery Field (video), YouTube.

Ambient noise measurements were taken over 60 days between 09:00 – 19:00 hours using a Reed Instruments R8080 data-logging sound level meter. Frequency was A-weighted with slow time-weighting. The device was calibrated daily with a 94 dBA 1KHz sine wave and corrected for 2,000’ above sea level.

Random samples of ambient noise showed that residential areas in Alpine typically range between 30-37 dBA with no plane activity and occasionally raised to 45-50 dBA from nearby passing vehicles. During the small-plane activity, measured noise increased to 50-70 dBA.

While a single plane producing 70 dBA (slow) of noise is within legal thresholds of the FAA, the data suggest a 20-30 dBA increase of introduced noise by small-aircraft practice maneuvers over Alpine’s low measured ambient noise of 30-37 dBA. With a typical number of 15-20 practice flights per day that average 33 minutes in duration over Alpine (See Flight Distribution Study), cumulatively, this equates to nearly 10 hours per day of a 25 dBA increase in noise that Alpine residents are subjected to by pilot activity from practicing small-plane maneuvers.

Noise is Defined as “Unwanted Sound.”

Aircraft noise is one, if not the most detrimental environmental effect of aviation. It can cause community annoyance, disrupt sleep, adversely affect academic performance of children, and could increase the risk for cardiovascular disease of people living in the vicinity of airports.

There is abundant evidence that aircraft noise exposure in the vicinity of airports is related to annoyance, and some evidence that the annoyance response has increased in recent years. There is sufficient evidence for a marked negative effect of aircraft noise exposure on children’s cognitive skills, with some evidence that insulation of schools could mitigate this. There is also sufficient evidence that aircraft noise disturbs sleep and can impair sleep recuperation, but further research is needed to establish reliable noise exposure–response relationships and best mitigation strategies. Studies are suggestive of impacts of aircraft noise on health, but inconclusive with respect to quantification of exposure–response relationships, with a limited number of studies conducted to date. Mitigation of these various noise effects is necessary to protect the population living in the vicinity of airports and to address potential constraints to air traffic movements.